Magnetic reed switch construction can be broken down into three main types. Depending on the type, the reed switch itself is constructed of two or three leads that have thin reed-like contacts attached. The contacts and a portion of the leads are encased in a tubular, hermetically sealed (airtight) glass capsule.

In a Single Pull-Single Throw configuration (Form A and Form B) reed, one lead exits each end of the glass capsule; in a Single Pull-Double Throw configuration (Form C), one lead exits one end of the capsule, while two leads exit the other. These leads are comprised of a low magnetic reluctance material such as annealed iron. Like electricity, magnetic energy (magnetic flux) will follow the path of least resistance; low reluctance materials provide that low resistance path for magnetic flux. Low reluctance materials are excellent conductors of magnetic flux, but poor at retaining magnetic energy, this is what prevents a reed switch from becoming magnetized over time.

Each lead has a small area that overlaps the other; these are the contacts. The contacts are the physical point at which the leads touch. The contact areas are plated with a ferromagnetic material such as Rhodium or Ruthenium. This plating, applied to the low reluctance metal of the lead, forms an area for magnetic energy to temporarily collect in sufficient strength to cause the contact to change position, thus changing the state of the reed switch. The plating also helps retain the longevity of the leads, enabling millions of activation without wearing out the leads.

The glass capsule that is molded and hermetically sealed around the leads of the magnetic reed switch provides the physical structure of the reed switch. During the molding process the atmosphere inside the capsule is replaced with an inert gas or a vacuum; both inert gases and vacuum are said to be high reluctance, meaning that this type of environment aids in focusing the magnetic energy toward the low reluctance of the leads and contacts. In addition, the hermetically sealed environment protects the contacts from damage or obstruction by minute particles of debris or moisture. 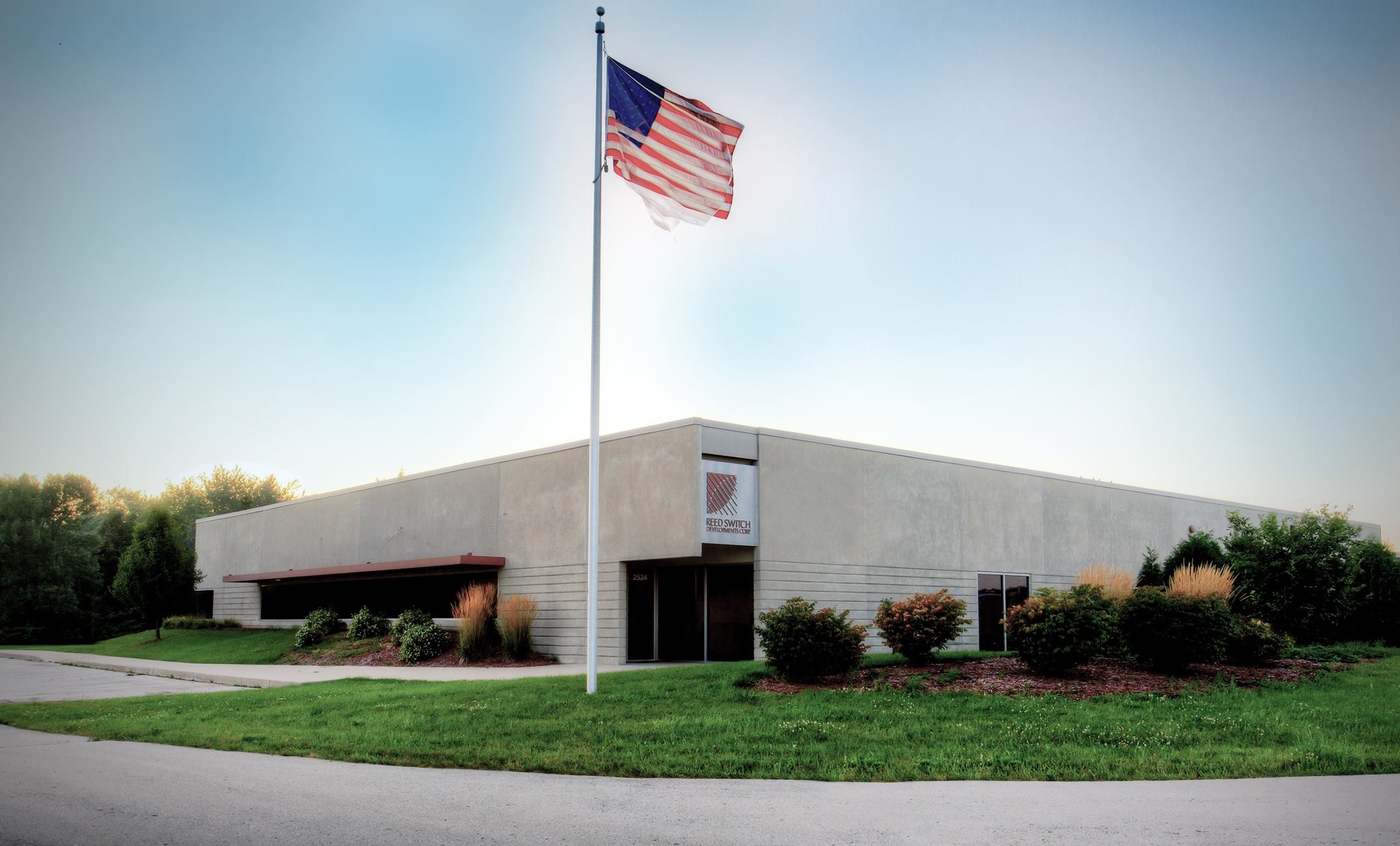